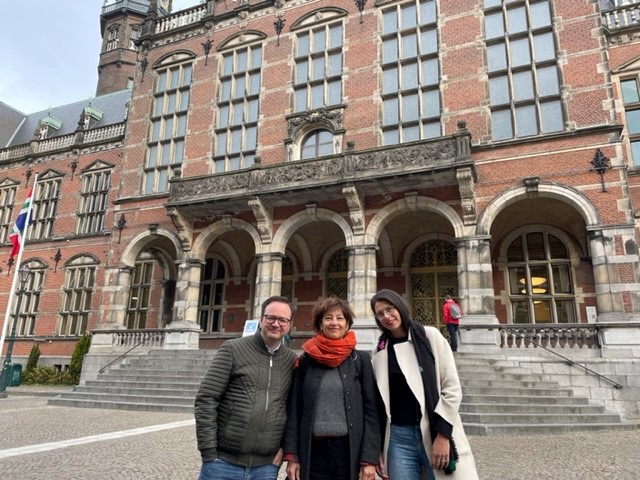 Last week Alma Mustafic and I were invited to the University of Groningen to do a presentation about the Srebrenica genocide and related legal developments before an audience of law students. Alma focuses on the theory of genocide as well as her experiences as genocide survivor, I do the legal bit. As always, Alma is an impressive speaker combining her theoretical knowledge with her personal experiences. What also impressed and moved me were the conversations with students during break and after the lecture. Students were curious, engaged, and full of plans. But I also heard desperate voices about the violent world we live in, the uselessness of law, and about how helpless one feels. Talking about what you can do as a student, I was moved by some students who expressed concern about becoming active, no matter on what topic or in whatever way. They felt the pressure to be ‘neutral’ when getting engaged in topics related to armed conflict or grave human rights violations. It made me think of the recent turmoil at Leiden University where a panel on the Israel/Palestinian conflict was cancelled by the university board because the moderator was not ‘neutral’. With the students we agreed at the end of our nice conversation that being ‘neutral’, and the felt pressure to be neutral, kills all debate or outcry about injustices. And that is just what academia needs. So my message to the students that I send through their professor: you cannot be neutral about violent conflicts or grave human rights violations. Being neutral may even lead to a crime in itself because it makes you passive when you are required to stand up and do something. The Bosnian war is an example in itself as the world was watching and not doing anything, desperately trying to be neutral. The UN by mouth of the late SG Kofi Anna, apologized for that, many years after the war. But then, it was too late. But his words will be remembered.